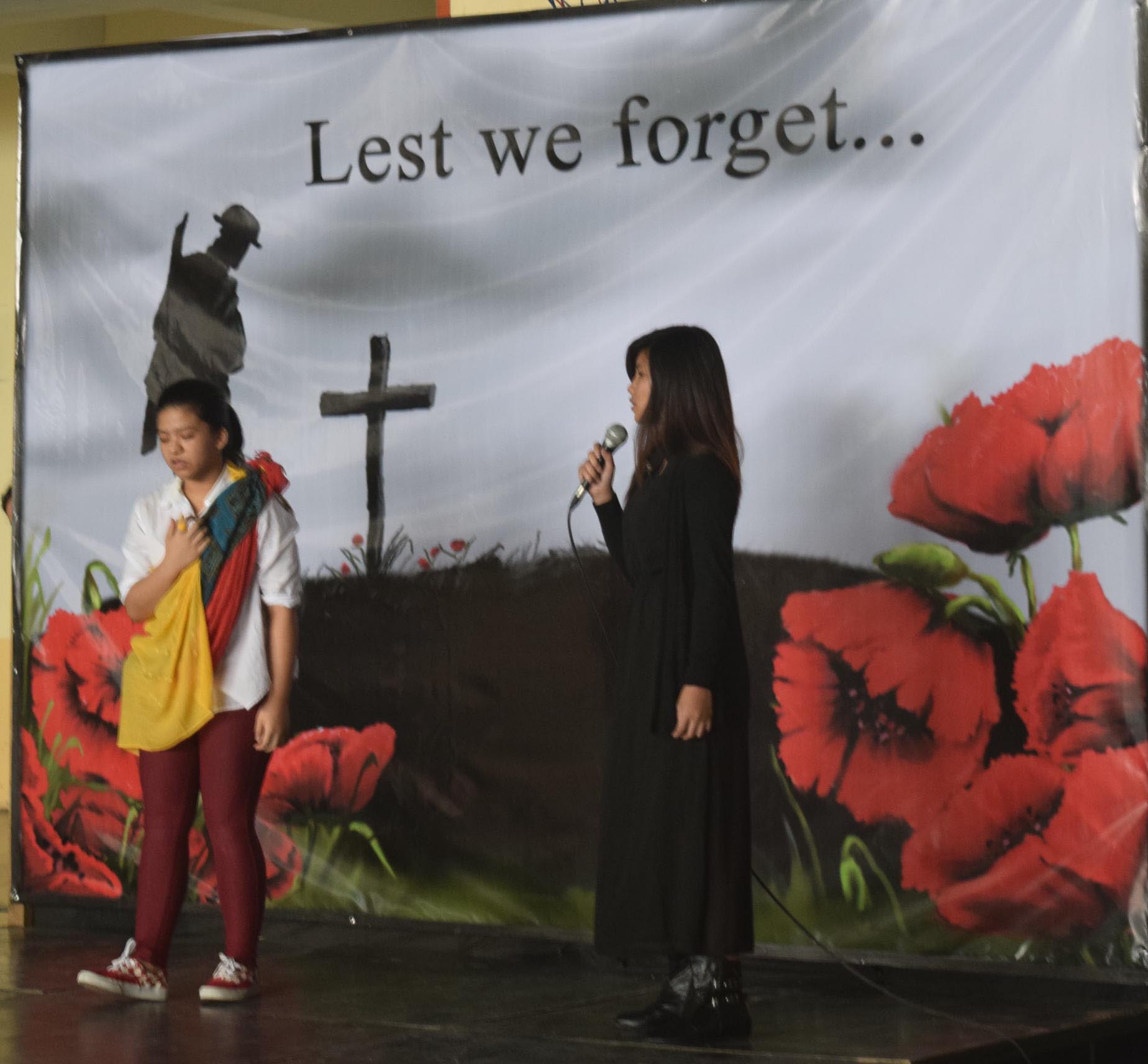 ARMISTICE: IBA RECOGNISES THE SACRIFICES OF THE PAST 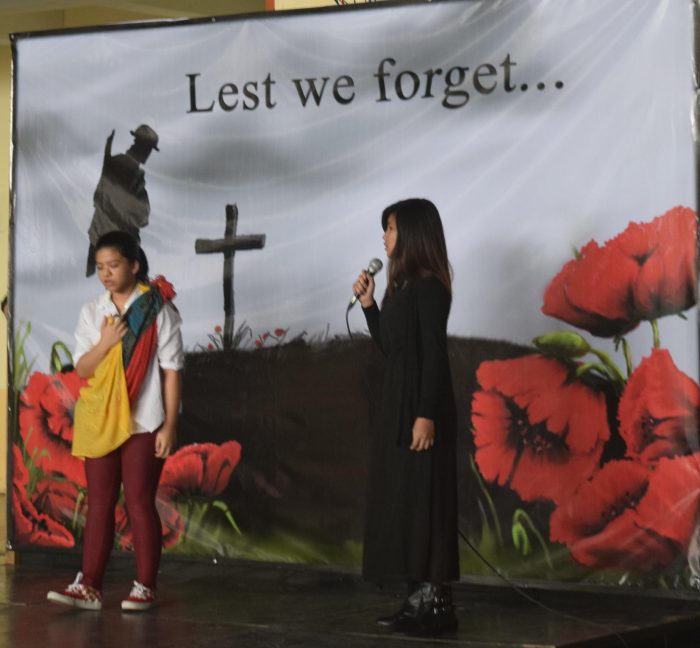 Mary Jo Patiño and Kristine Visaya perform a commemorative number to honour those who have died in past conflicts.

As is traditional at the International British Academy, November 11th is always a day of remembrance. As close as possible to the 11th hour the school gathers to recognise those who have died in all international conflicts to preserve the freedom of those still living.  Originally established to mark the end of the Great War of 1914 – 1916, this day, also known as Poppy Day, has now come to symbolise our recognition of all soldiers who have died in combat.  In the brief ceremony students are made aware of the present areas of greatest threat and loss of life owing to current wars or conflicts.  This is done through a moving tableau performed by the students and directed by the Head of Humanities, Ms. Yolanda Iya.

The event culminates in the symbolic lighting of candles, student prayers representing all of the main religions, laying of a wreath and a rifle salute marking the 11th hour.

The funds raised from the sale of commemorative poppies is directed through the British Embassy to help those families who have been left destitute because of the death of a loved one in armed conflict.  This year IBA raised in excess of Php10 500.00.

The students gathered for the solemn commemorative assembly. 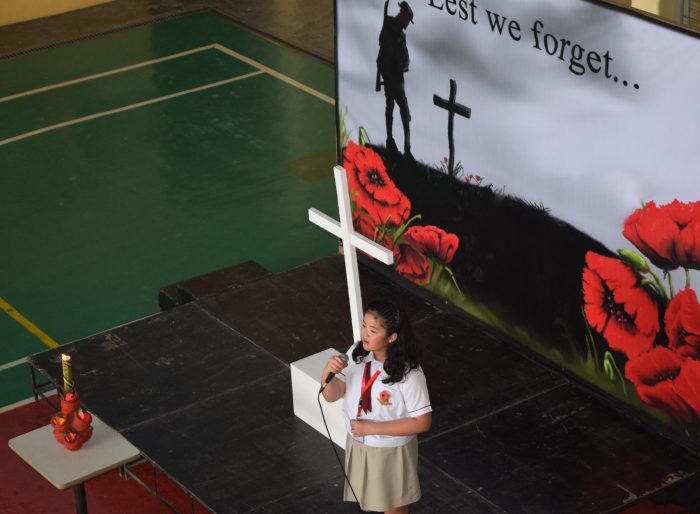 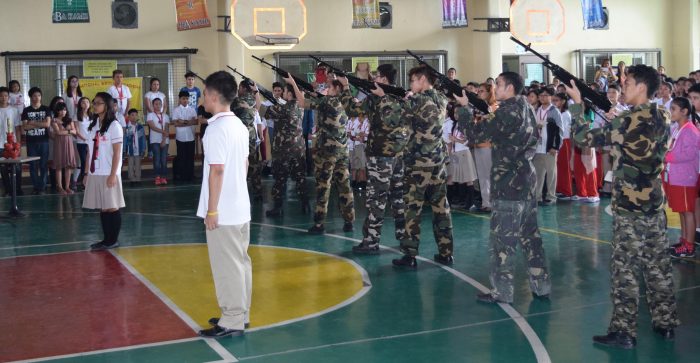 All of the participants in the commemorative assembly.