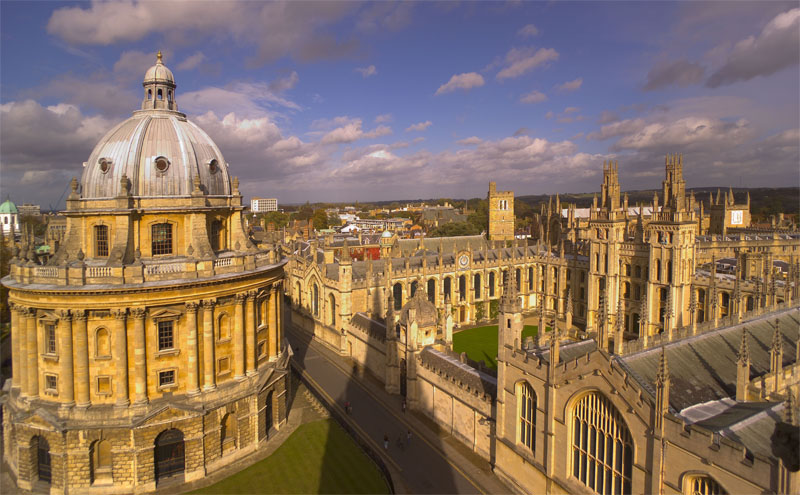 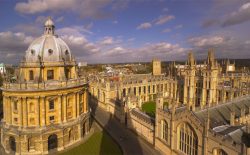 Oxford’s famous golden spires with the Bodleian Library in the forefront.

One of IBA’s senior high school students, Eun Jin Choi from Year 12, was given the opportunity of a lifetime when she was selected to participate in the Oxbridge Academic Summer programme from July 2nd to August 4th, including a week in Paris as part of the programme.

During her month at the world famous Oxford University she was able to participate in one major course and one minor course.  She opted for International Law as her major and CSI (Crime Scene Investigation) Oxford as her minor.  She thoroughly enjoyed the course in International Relations where the group of students focused on current international affairs such as the Syrian crisis involving IS, Brexit – where Britain is negotiating an exit from the EEC, and the concerns with the North Korean development of nuclear weapons. 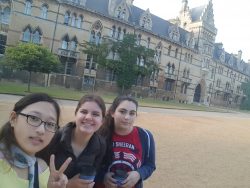 Eun Jin (on the left) with fellow Oxbridge students in the streets of the university town.

Some of the lessons were held in various areas of Oxford as the university covers a large area of the city.  Many of the lessons were also in the form of open debates which allowed the students to formulate their own opinions about current issues such as the Syrian regime’s use of chemical weapons.

But the experience was not entirely academic.  Eun Jin was also able to participate in many fun social activities such as punting (a unique British way of propelling boats through canals), themed social evenings and taking in some truly English theatre in the form of Shakespearean plays.  The students were also provided with opportunities to explore other parts of the United Kingdom and Eun Jin was able to undertake a trip to the Cotswolds, an area of the United Kingdom known for its picturesque villages and countryside.

The last seven days of Eun Jin’s Oxbridge experience was spent in the magical city of Paris. 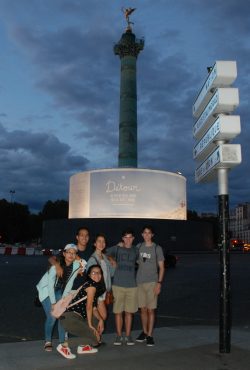 Eun Jin in light blue) in front of the monument that marks the position of the Bastille.

Eun Jin has returned enriched from her experience and we hope encourages other IBA students from exploring the opportunities provided by the Oxbridge experience.