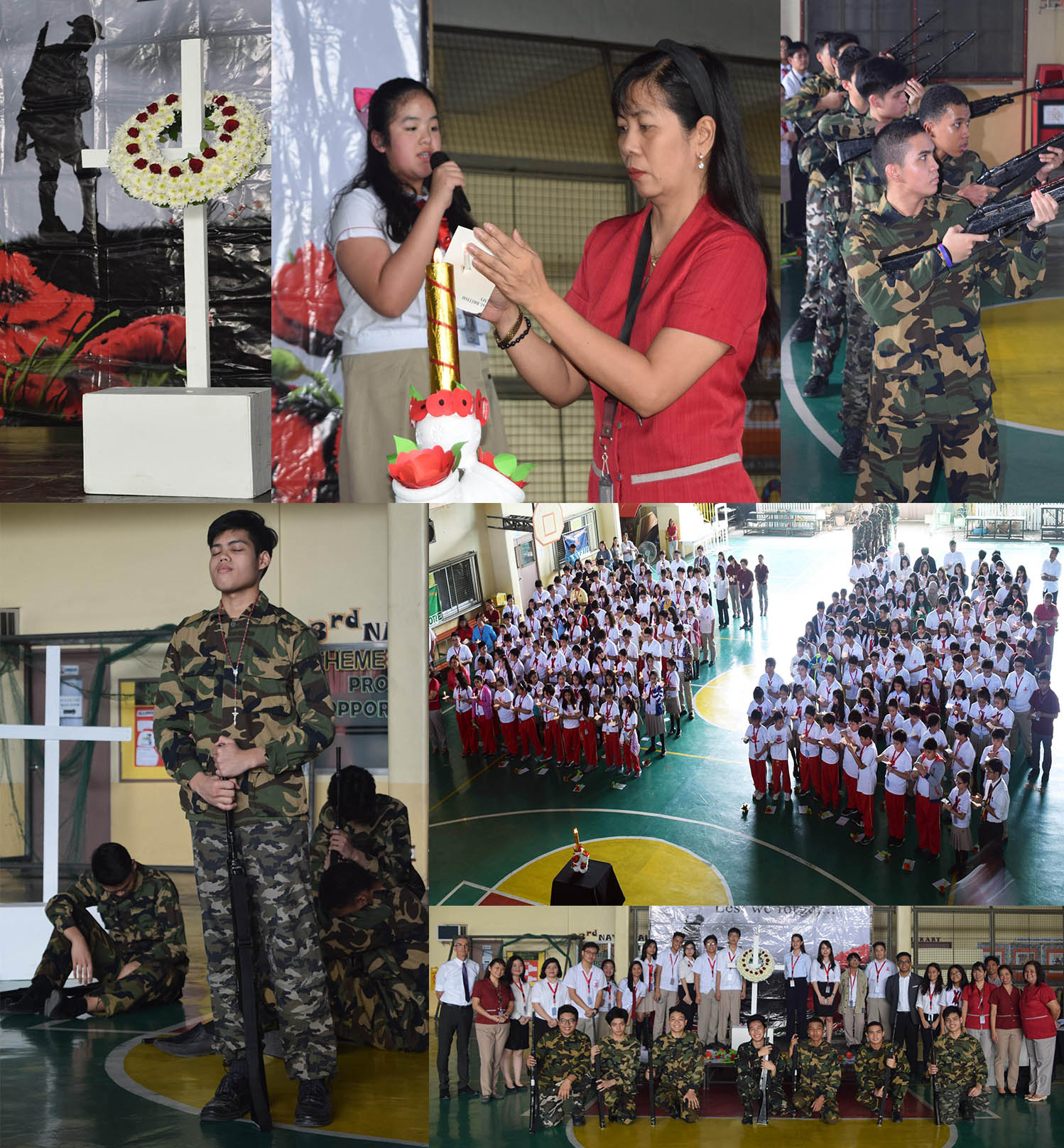 This year the school commemorated Armistice Day on Monday, November 13th as the traditional November 11th fell on a Saturday.  During the course of the two weeks prior to the event, a variety of poppy memorabilia was on sale at the school and the students were encouraged to wear the various button-holes, toggles and pendants.  In Humanities lessons the students were taught about the significance of Armistice Day (or Poppy Day as it is sometimes called).

The ceremony itself is always a very solemn and moving occasion with song performances by our students, poetry reading and a moving tableau directed by the Head of Humanities, Ms. Yollie Iya.  The tableau and other performances always honour the selfless sacrifices made by military men and women in the past and the present.  The ceremony culminated with a rifle salute to honour those who sacrificed their lives for the freedom of others.  Poppy petals then slowly drifted from the roof of the quadrangle over the students, a gentle reminder that harks back to Flanders Field in the First World War when poppies grew where so many soldiers had met their end in that conflict.

This year the students and member of the IBA family were able to raise in excess of Php10 000 from the sale of poppy memorabilia.  This is forwarded to the British Embassy who work hand in hand with the school to raise funds for the British Legion which then distributes the funds to assist the families of local war veterans.